How to Make a Smooth Transition From Co-Sleeping to Crib

When it comes to parenting, there are very few topics as polarizing as co-sleeping. Some parents are vehemently opposed to it, citing fears for the child’s safety as a primary concern. While others embrace co-sleeping as a way to bond with their child. Statistically, over half of the mothers surveyed, 61% to be exact, reported co-sleeping with their child.

What Do Experts Say About Co-Sleeping?

For years experts have staunchly warned parents to steer clear of co-sleeping with their babies. Specifically, the American Academy of Pediatrics warned that co-sleeping could be a dangerous practice putting babies at risk for entrapment or suffocation. Both of which can happen as a result of parent rollover or when the baby becomes wrapped and tangled in blankets and soft bedding. Moreover, co-sleeping has been associated with SUDI (sudden unexpected death in infancy), a broad term that has come to encompass SIDS (sudden infant death syndrome) and other sleeping accidents.

While pediatricians and experts continue to warn parents about the dangers of co-sleeping, they also realize that there are plenty of parents who will do it anyway (see statistics above).

In light of this, information on safe sleeping for infants has evolved over the years, and in 2016, the American Academy of Pediatrics issued updated recommendations for co-sleeping.

According to the revised co-sleeping guidelines:

Co-Sleeping Is Usually Born Out Of Necessity

Truth be told, it’s highly likely that no parent ever sets out with co-sleeping in mind. Sleeping arrangements are frequently a matter of circumstance. More often than not, sleep-deprived parents will do what they need to do just to get some shut-eye. Co-sleeping, as it were, is often a function of parents responding to the needs of their child and an all-out effort to preserve their sanity at the same time.

Nevertheless, even if you choose to co-sleep with your child, there comes a point where you’re just done and ready to move past that stage. And any number of factors may spark your decision. Perhaps your child is sleeping through the night. Maybe he/she is not feeding as much, or maybe you just want your bed back. Whether it lasted for a few weeks or a few months, rest assured you’re not alone. Every parent reaches an impasse where it’s time to reassess the best sleeping arrangements for themselves and their child.

When the time comes to transition from co-sleeping to a crib, it will no doubt be a challenge for everyone. To minimize the frustration and maybe even some tears, here are some tips and best practices to help with the process.

Gradually increase the space between you and your child

Like many parents, you may find that a bedside co-sleeper or a bassinet will be helpful for increasing the space between you and your child. These items keep your child at a safe distance, this way, he won’t find himself suddenly and unexpectedly without you, which can be alarming. In fact, bedside sleepers can give you both a little space, and they’re a great way to ease into the transition.

How To Get Your Toddler To Sleep: 8 Helpful Tips You May Want To Try ASAP

Bring your child’s crib into your room

In keeping with the idea of gradual change, try moving your child’s crib into your room for a short while. In doing so, you can move your child out of your bed but still remain close by until your child has adjusted to the transition. If it doesn’t make sense to move an entire crib into your room, or you just don’t have space, bassinets could also work. No doubt they would be less of a hassle to boot.

Move into your child’s room (temporarily)

If moving the crib into your room is not an option, you may try bunking in your child’s room for a while, instead. This method, too, allows you to stay close as you try to create some distance. Keep in mind that this shouldn’t be a lengthy stay by any means. The idea is to bunk with your child for a while and get out of dodge once she gets used to her new space.

Bedtime routines are a crucial part of helping your child develop healthy sleep habits. While a bedtime routine can be quite helpful in the transition from co-sleeping to the crib, it can also be invaluable with other transitional sleep stages as well, such as sleep training, for example.

To help with the transition from co-sleeping to a crib, make every effort to establish a bedtime routine while your child is still co-sleeping. Moreover, be sure to do the routine in the child’s room.

Certified Baby and Toddler Sleep Consultant and the Founder of The Postpartum Party, Amy Mortoni shared, “I always recommend parents do bedtime routines in their child’s room, even leading up to the transition to the crib. You can do a bedtime routine in your child’s nursery and then bring them to your room for 3 to 5 days leading up to the transition.”

For parents who need help establishing a bedtime routine, Moshi is a wonderful resource filled with meditations, magical stories, and soothing music. This app can help your little one make positive associations with bedtime, and in turn, make for an easier transition from co-sleeping to the crib.

Familiarize your child with his/her space

Try to spend as much awake time as you can with your child in his/her nursery. Think about diaper changes, post-bath time, downtime, and playtime. Spending time here serves to familiarize your child with his surroundings, so come nighttime, it won’t be scary or foreign.

“One of the most important (and easiest) things parents can do to transition from co-sleeping to a crib is to spend time in your child’s room,” says Mortoni. “Feed your child in their nursery, read books in there, and play peek-a-boo with them in the crib. We want our children to be familiar with their room and comfortable in their environment. Create happy memories in the nursery, and it will make the transition to sleeping in the nursery so much smoother.”

Try it for naptimes first

Naptime can be a good bridge for the co-sleeping to crib transition. Try to put your child down for daytime naps exclusively in her crib. These short stretches give her a chance to get used to her surroundings. In due time she’ll feel more comfortable in the space, which will undoubtedly make the night time transition that much easier.

When should kids stop napping? Advice from a pediatric sleep consultant

When you decide to transition from co-sleeping to the crib, remember that it’s a big step for both you and your child. No doubt, it will be fraught with stress, frustration, and plenty of tears.

As you begin with those crucial first steps, bear in mind that the overarching theme is to take it slowly. Although there will be times where you just want to give in, remember that it has to be done at some point. Any waffling on your part will only confuse your child and prolong the process. Just like any transitional stage in your child’s development, consistency and patience are key. This transition is more of a marathon, not a sprint to the finish.

How to Establish a Healthy Bedtime Routine for Your Toddler

Establishing a healthy bedtime routine for your toddler is crucial. These tips and tricks are here to make the struggle a little more manageable.

Tea for Kids: What Parents Need to Know According to a Physician

If cleared by a pediatrician, tea can have many benefits for kids. But parents should study what types are best, how to prepare it safely — and what to avoid.

These ideas will help you create a bath time experience for your toddler that is safe, calming, fun — and bonding for the whole family. 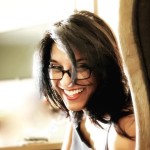 Sharon Brandwein is a writer specializing in all things parenting. Her work has also appeared on ABCNews, Motherly, and, Scary Mommy, and Parents. When she’s not busy curating a wardrobe for her puppy, you can find her writing about motherhood, among other things, on After The Byline, and of course right here on Moshi.
whois: Andy White Freelance WordPress Developer London